The path to SAP S/4HANA: Energiedienst – a positive example

How Energiedienst managed the transformation to SAP S/4HANA!

How Energiedienst managed the transformation to SAP S/4HANA!

As one of the first utilities in Germany

Migrating to SAP S/4HANA is still a project that many companies are hesitant to tackle. Not least because such migration projects are often time-consuming, complex, and cost-intensive. But that doesn't have to be the case - as Energiedienst's SAP S/4HANA transformation proves.

The SAP S/4HANA migration at the German-Swiss utilities company went off without a hitch. The reason for this: an exemplary project management! In a semi-agile project approach, all work was planned and implemented in three-week sprints. In addition, there was a specially equipped project room in the tower building of the Laufenburg power plant, which was used for open exchange within the project team.

Migrated on time and within budget

On the one hand, everyone knew what needed to be done at all times. On the other hand, this project approach also made it possible to act quickly and in a solution-oriented manner when problems arose. This was a clear success factor for the project, which in the end remained on schedule in terms of time and costs as well as resource requirements.

Read all the details about the successful SAP S/4HANA transformation at Energiedienst in our Success Story. 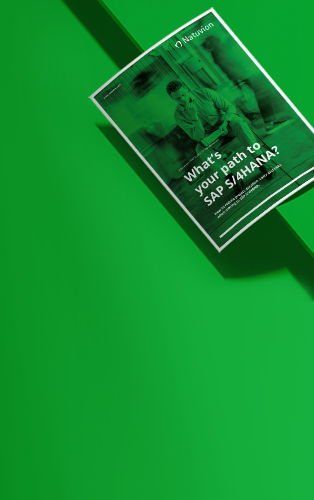 The SAP S/4HANA path goes through 3 transformation methods: "Greenfield", "Brownfield" or the Natuvion "Allfield". Which procedure is the best for you? In our white paper we discuss all the pros and cons and explain why the Natuvion Allfield intelligently combines the advantages of all processes!